Giftitale: restoring a soft hope that magic is possible

Not so many moons ago, in a land that bridges East and West, modern and ancient, 40 great souls travelled for days and nights from all corners of the globe—from Palestine and Canada, Brazil and Australia, India and the U.S., Nigeria, Mexico and many more—to gather in Anatolia (Turkey). This remarkable encounter was called Giftival: a meeting, festival, inquiry and commemoration of the practice of gift culture. If you will indulge me, dear readers, I’d like to spin a tale for you of a magical moment I lived during our days in Istanbul. 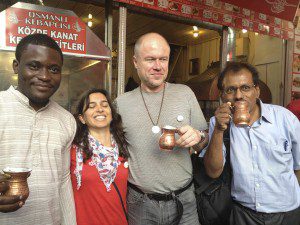 the kingdom of the Walk Outs, we live by a radical principle: We have what we need. I believe in the transformative, alchemic power of this declaration of abundance. Yet I arrived in Turkey a weary traveller, the dragons of scarcity gnawing diligently at my mind and heart: not enough time, not enough money, not enough certainty... I went to Giftival with no expectations (beyond eating copious amounts of baklava). But I also went with a soft hope—that magic is possible with these people, at this time, in this place.

And magic there was: old friends renewing their love and new ones discovering it; a candle-lit Indian feast worthy of gods and goddesses; little gifts that materialized from nowhere and were dropped on our seats; nonsensical storytelling that twisted words and phrases into beauty. We lived gratitude and pain, groundedness and weightlessness, confusion and clarity, seriousness and silliness, dancing and stillness. We threw action plans, panels, strategies and committees to the winds and instead sparked insights, connections, emotions and bonds. 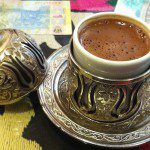 On the eve of the third day, the Gifitivillagers hosted an Open Space session with 40 or 50 locals from the fair hamlet of Istanbul. I was wearying of conversation when a lovely lady with silver hair and a sparkle in her eye called a session entitled, “Experiencing the gift from moment-to-moment.” I could not resist this adventure! Six women and one toddler spanning four generations found our way to a coffee stall in the atrium of a century old building. We ordered Turkish coffee, rang Tibetan bells and then it was time for… for…what? Never before had I experienced an Open Space session that wasn’t about doing or talking. This was a space just for being, nothing more, nothing less. Presence.

In those 40 minutes, magic happened. At first, it was all I could do to stop the monster of my mind from taking over—what do you talk about in a moment that is neither about thinking nor talking? I battled fiercely with my own mind, losing and then regaining the capacity to be present.

And then the battle subsided and I began to feel everything fully. The wind blew through the old corridor as the heavy metal doors were pushed open and closed by people coming and going. The air was cold but rather than feeling annoyed, I experienced the coldness on my skin as a gift of awakening. A tingling sensation, like the most delicious magic arose in the back of my neck and shoulders and then spread to my chest. I have before found myself under this beautiful spell… it often happens in the company of others, or alone in nature. Though I was also present to the feeling of inlaid checkerboards beneath my fingers and the taste of rich coffee on my tongue, the most potent sensation was that of my heart opening to the others seated there with me, a seamless flow of energy that included both giving and receiving.

We did talk some, though the words now seem of the least importance. A young woman whispered her impressions of Turkey and the way people treated the baby in her charge. Aysu shared that she had started her day by seeing me across the room and saying: “I want to know more about this woman.” Hande asked what we thought of the relationship between will and destiny—a burning question I have carried for years. And Lisette shared that the pattern embroidered into the stools’ cushions held deep meaning for her and her family. Synergy was alive.

These sweet gifts arose from our willingness to be open, to let go of dialogue. We weren’t together to promote theories, conclusions, arguments or models. Instead, we allowed ourselves to see what would naturally arise in the spaces between hearts.

When our cups were empty and it was time to return, I flipped my tiny coffee cup over in its saucer and Hande offered to read my coffee grounds. The brown grainy stains stuck to the sides of the cup transformed into Superman, elephants, rivers and trees. What imagination! And yet, Hande’s words felt accurate and true.

So we, the Six Ladies of the Present Moment, returned to the gathering of wise ones in the great hall. Our feast was almost ready. We took some moments to share the fruits of our experiences. Sitting there with the fair maiden, Lisette, to my left and my knight in shining armor to my right, I realized that it was true: we do have what we need. In our relationships with other people we truly have it all. The gift of all gifts is our capacity as human beings to connect in such fulfilling ways with others. That, my dear readers, THAT was the real treasure for me in this never-never-land called Giftival.

And we lived happily ever after in the company of friends. 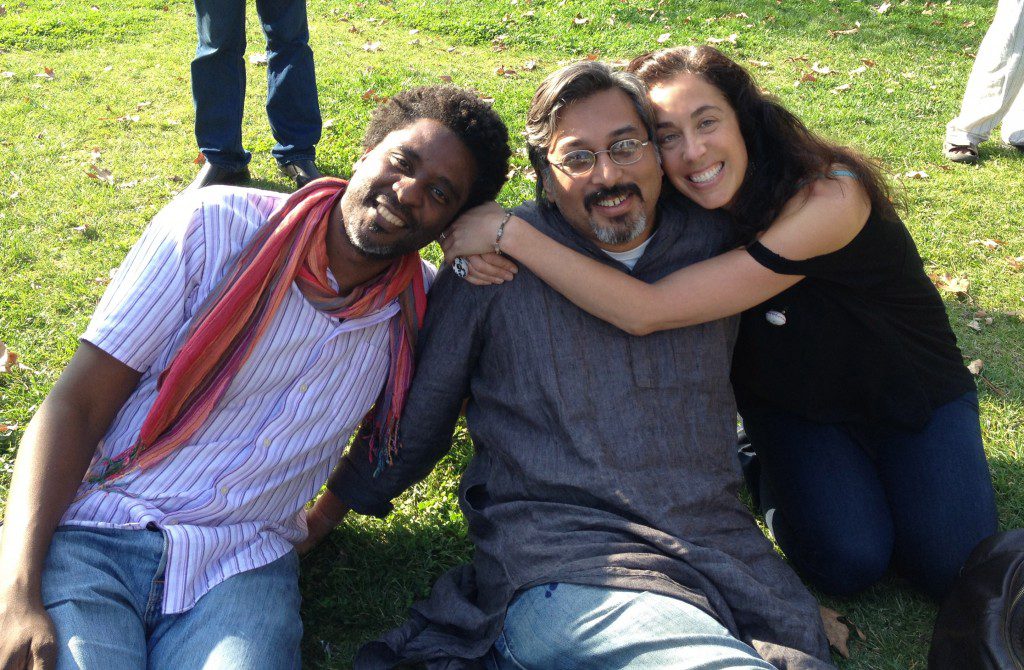 Categories: General, Share Your Story, Walking Out and On