Walk Out Walk On

Margaret Wheatley was co-founder and president of The Berkana Institute; Deborah Frieze succeeded her. Berkana partners with people developing healthy and resilient communities worldwide, many of whom are described in this book. Meg is author of five other books, including Leadership and the New Science and Perseverance. 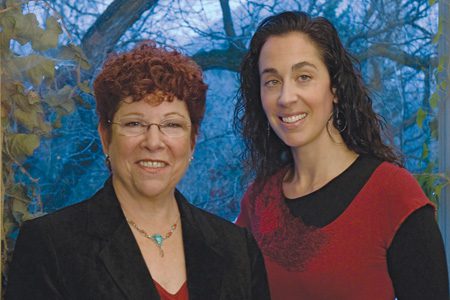 Meg Wheatley writes, teaches, and speaks about how we can organize and accomplish work in chaotic times, sustain our relationships, and willingly step forward to serve. She is co-founder and President Emerita of The Berkana Institute.

Since 1973, Meg has worked with an unusually broad variety of organizations. Her clients and audiences range from the head of the U.S. Army to twelve-year-old Girl Scouts, from CEOs and government ministers to small-town ministers, from large universities to rural aboriginal villages. All of these organizations and people wrestle with a common dilemma: how to maintain their integrity, focus, and effectiveness as they cope with the relentless upheavals and rapid shifts of this troubling time. But there is another similarity: a common human desire to find ways to live together more harmoniously, more humanely, so that more people may benefit.

She has written several best-selling books. Her most recent book was Perseverance, published in 2010. Her other books are Leadership and the New Science (now in eighteen languages and a third edition); Finding Our Way: Leadership for an Uncertain Time; Turning to One Another: Simple Conversations to Restore Hope to the Future (seven languages and a second edition); A Simpler Way (with Myron Rogers). Her numerous articles appear in both professional and popular journals and may be downloaded free from her website. Explore her website for a rich variety of resources: DVDs, articles, Conversation Starter Kits, and other products: www.margaretwheatley.com

Meg earned her doctorate in Organizational Behavior from Harvard University, and a master’s in Media Ecology from New York University. She also studied at University College London, England. She has been a global citizen since her youth, serving in the Peace Corps in Korea in the 1960s, and has taught, consulted, or served in an advisory capacity on all continents (except Antarctica). She began her career as a public school teacher and also has been a professor in two graduate management programs (Brigham Young University and Cambridge College Massachusetts).

Meg has received several awards and honorary doctorates. In 2002, the American Society for Training and Development (ASTD) honored her for her contribution “to workplace learning and development” and dubbed her “a living legend.” In April 2005, she was elected to the Leonardo da Vinci Society for the Study of Thinking for her contribution to the development of the field of systems thinking. In 2010, she was appointed by the White House and the Secretary of the Interior to serve on the National Advisory Board of the National Parks System; her primary responsibility is to support the growth of a twenty-first-century culture of adaptation and innovation throughout the system.

She returns from her frequent global travels to her home in the mountains of Utah and the true peace of wilderness. She has raised a large family now dispersed throughout the United States and is a very happy mother and grandmother.

In 2001, Deborah Frieze walked out of her career as an executive in the high-tech industry. She was disillusioned by a business culture that emphasized short-term results, looked upon growth as an end rather than a means, and cared more about compliance than community. A year later, she met Meg Wheatley and a community of pioneering leaders who, like her, were walking out of organizations and systems that were failing to contribute to the common good. These were friends and colleagues of The Berkana Institute.

Deborah joined Berkana full-time in 2004 when, in partnership with Manish Jain of Shikshantar in India, she proposed a new initiative to the Berkana Board. The Berkana Exchange would be a trans-local learning community of people who were walking on to build healthy and resilient communities. These people are the subject of this book.

In 2005, Deborah became Meg Wheatley’s successor as co-president of Berkana (in partnership with Bob Stilger). She served in that capacity for four years, deepening the work of the Berkana Exchange and launching many new initiatives with partners across the globe. In partnership with Berkana’s board, she developed a transition plan for the Institute to become more powerfully aligned with its core commitments and to experiment with the future form of nonprofits. In 2009, Deborah and the board successfully dissolved the co-presidency and declared Berkana a self-organizing system.

Previously, Deborah was a partner and founding member of ZEFER, an Internet services firm that integrated business strategy, experience design, technology, and program management. Earlier in her career, she was an editor for Snow Country magazine, and she continues to count skiing and winter sports among her greatest passions.

She has worked in partnership with the Mastery Foundation, leading peace and reconciliation programs in Northern Ireland and Israel. She serves as a speaker, consultant and adviser to numerous grassroots organizations both locally and abroad. Deborah has an MBA from Harvard Business School and a bachelor’s degree from Amherst College.

She lives in Boston and can often be found supporting friends and colleagues around the world who are creating healthy and resilient communities. Learn more at www.deborahfrieze.com.