Want to know what 89.7 sextillion percent inflation feels like? Then accept Sikhethiwe’s invitation to join her on the weekly trip to Harare to buy food. While Kufunda has its own extensive gardens, it doesn’t yet produce enough to feed participants when it hosts a program, such as this Learning Journey. 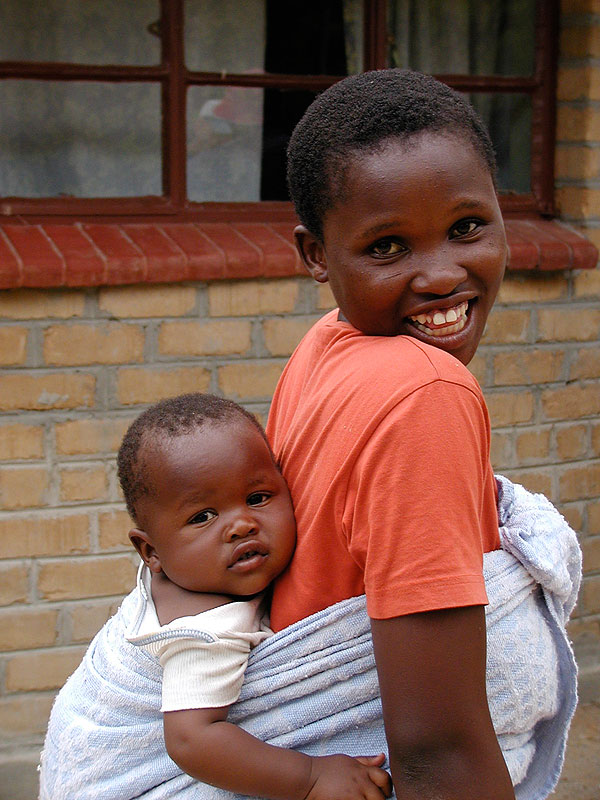 The best way to prepare yourself for this all-day adventure is to think of it as a game, a scavenger hunt designed for currency traders who get off on incomprehensible calculations and split-second decision-making. Today, the Zimbabwean dollar is trading 5,000-to-1 against the U.S. dollar, but this is October 2008, which means the government has already chopped ten zeroes off the currency a few months prior (and will lop off an additional twelve zeros in February 2009 in a futile attempt to control hyperinflation). Sikhethiwe is acutely aware that you’ll need to spend what you’ve got as quickly as possible, because by this time tomorrow, the exchange rate will have doubled to 10,000-to-1. She’s starting out with US$400 in her pocket, a list of the prices she paid last week and a spot for you in the truck between her and Simba, the driver. Let the games begin.

The first stop is in a warehouse district somewhere outside the downtown area. You climb the stairs up to an office, where a small blackboard lists prices for chicken parts—heart, neck, feet, liver. Eight ounces of feta cheese is selling for the remarkable price of US$8. Today, the seller is willing to accept U.S. dollars, which she can exchange on the black market. (It won’t be until January 2009 that the government finally legalizes trade in U.S. dollars, the South African Rand and the Euro to supplement the embattled Zimbabwean currency.) Sikhethiwe forgoes the feta and purchases sugar and 10 jars of peanut butter—all of which appear to be only about three-quarters full.

Next stop is a small convenience shop downtown with a queue of about 25 people standing outside the window. Upon her approach, Sikhethiwe is waved in the door, pulling you along. The narrow corridor has just enough space for the two of you and the Southeast Asian family reigning over the meager stash of chips, crackers, cigarettes, juice boxes, yarn and other corner store goodies. Here, people are paying in Zim dollars. Beneath the counter is a makeshift cash register of five cardboard boxes with the tops cut off that can accommodate and sort the volume of bills they’ll receive today. Sikhethiwe has called ahead to arrange purchase of some bulk items stored in a separate room—rice, flour, the ubiquitous orange drink. She sits down with a young man to negotiate prices and a black-market exchange rate for our U.S. dollars. You interrupt them to point out that there appear to be mouse turds in the rice and need a fresh bag, but they both laugh uproariously at your naive notion that there would even be another bag!

Third stop: the outdoor marketplace at Mbare township, a shanty town filled with immigrants and people from the rural areas who come to Harare seeking work. The open field is a jumble of bedraggled tents and rusted tables piled high with tomatoes, cucumbers, squash, melons, beans, onions and grains. It looks like any other informal marketplace the world over, except that here, the earth beneath your feet is a decadent carpet of ripped and whole bills that have been ground into the dirt—remnants of the useless currency that is hyperinflating itself into oblivion. This marketplace is also a remake of itself: Just a few years ago, the entire neighborhood was looted and razed in Operation Murambatsvina (Remove the Rubbish), a government effort to crack down on black-market trading. But people are resilient, and in the absence of a viable alternative, the ramshackle tables and tents and shacks went right back up in the same spot.

There are no prices listed anywhere; everything is a long conversation, a social call, a negotiation, and finally an exchange of a fat stack of bills for a sack of potatoes. Sikhethiwe asks you to step out of sight: Your presence as a foreigner is driving up prices for her, so you head back to the truck to wait. Two hours later, she and Simba reappear hauling bags of onions, peppers, avocados, tomatoes, bananas, melons, apples, garlic and ginger. By now it’s late afternoon, and you still have three more stops to make before the game ends.

Sextillion percent inflation means paying 100 billion dollars for three eggs, owing the phone company $2,654,287,527,899 on your latest monthly bill and always buying two beers at once because by the time you finish the first, the second would otherwise cost you double. It means having the schools shut down because no one is paying the teachers—and those who are willing to teach without pay don’t have the bus fare to get to the schools. It means having the hospital shelves empty of supplies—including fresh water for washing since the neglected water supply became contaminated with cholera.

Sextillion percent inflation is a marker of total systems collapse, and Zimbabwe is one of our most accelerated present-day stories of the implosion of a nation. It took less than ten years for Zimbabwe to go from being the breadbasket of Africa—a modernized nation funded by tourism, diamonds and agriculture—to a nation in which well over half the population is facing severe food shortages, more than 80 percent are unemployed, 3,500 people die each week of HIV/AIDS and everyone is subjugated to a government that long ago substituted corruption, cronyism and cruelty for serving its people. Can foreign aid help solve this crisis? Hardly. Between broad-based sanctions against Robert Mugabe’s reprehensible government and Zimbabwe’s own intermittent suspension of foreign aid workers, there is little hope for outside intervention.