DANCING WITH THE UNIVERSE

In 2004, a few years after founding Kufunda Learning Village, Marianne Knuth wrote an essay reflecting on what inspired her to return to Zimbabwe. Here are excerpts from that essay. 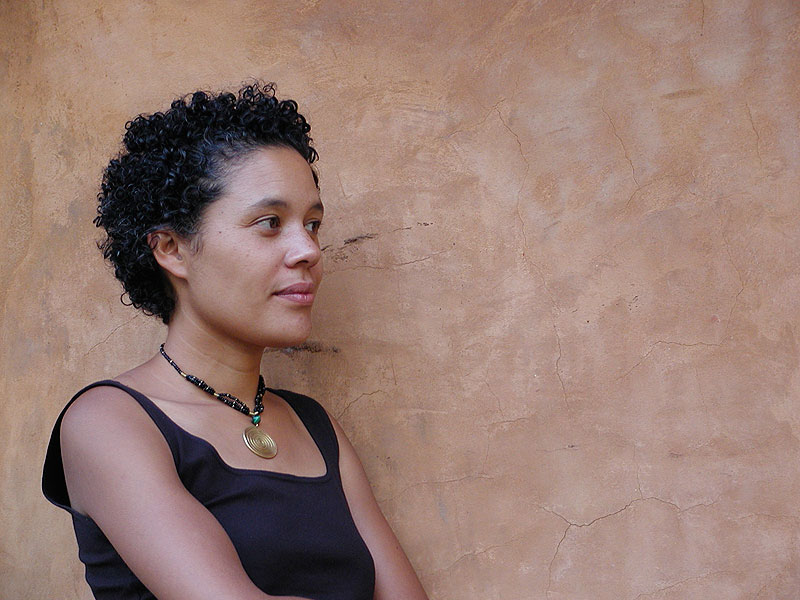 I returned to a country seemingly facing imminent collapse. We are now well into that process—political violence is ripe, with the government being the main aggressor, by passing legislation and following up with the police, effectively turning Zimbabwe into a police state and dictatorship. Many NGOs are being shut down, rural communities are afraid of receiving visitors or hosting gathering larger than a handful of people, as they are often broken up and the initiators are brought to book soon after—even if the gathering was not political in nature. The economy has fallen apart, leaving us with critical shortages of basic commodities, including maize-meal, cooking oil, wheat and bread, salt, sugar, fuel and more, after being the breadbasket of southern Africa for years. Was it madness that prompted me to return at this time?

It is simple. With my return to Zimbabwe, I stepped into what the universe was asking of me. That was and continues to be my experience of what this is all about.  I have had some sort of vision of this for many years—though it only fell into place [in 2001] when I celebrated my 30th birthday with 40 friends from around the world. I knew then that it had to be here and it had to be now.

What my birthday brought home to me—as we all celebrated together in my grandmother’s rural village in Mhondoro—was that people here have something to offer the rest of the world too. People here have challenges, and they are struggling. But in the midst of that, they have such a wealth of culture and community and approach to life that is critical for the rest of us to tune into and understand deeply, if we wish to move forward in more sustainable ways. They themselves also need to recognize these treasures as treasures. The colonial chapter seems to have left people deeply wounded and disbelieving of their own wealth and power.

I moved back because I suddenly had the sense that this was what I had to do. I had to go back and create something real. I didn’t really know what it was that I had to create—some kind of learning community, an opportunity for us all to realize what we can do when we come together.

I announced to the world that this was what I was doing, and then I thought, “Oh my god, now I have to do it, and I don’t even know exactly what it is.” I traveled to different places in Zimbabwe, I met people, I told them this was what I was doing. I sat down with my sister and said, “I think we need a date. We need to say we’re going to start something at this point.” And so we announced, “We’re going to start a program on May 4th. We’re going to bring people to live at the village, and together we will explore how we can create sustainable communities.”

And then things just started moving. Everything we’ve done so far has been created by people who want to support this—in terms of money, as well as know-how and time from friends, family and people who have since become friends, that have been attracted by what we are up to here. It wasn’t easy to ask for help from friends initially, but I have since come to realize that they actually appreciate being invited into the experiment.

In July of 2002, our first 15 students arrived for a three-month learning program for leadership and self-reliance. And it has been just an incredible experience for all of us. It has been an experiment in seeding a learning community in which we live that life, which we believe to be possible; in which we experiment with a microcosm of another way of being and doing together. We’ve cooked together, planted our food together, built the village together, read articles of what others are learning and doing across the world, explored the nature around us, explored ourselves—who am I and what are my gifts?—explored our communities—what is their potential, what is their richness already now?—learned practical skills of soap making, candle making, organic agriculture, project management and more. It is hard to summarise. We are living and learning and doing and being.

In a way, it is funny to look back and see my journey. From being the president of a 50,000-student organization, to being a co-creator and facilitator of a network of 1,000, to now being the creator of a small learning village which hosts 15 people at a time. And yet it feels like though the scale is diminishing in one sense, it is growing in another. What we are doing at Kufunda seems more real than anything I have done to date. It is not theory; it is the real thing. It is not only conversation; it is also about actually learning to live and work together, and to create something (food, furniture, soap, etc.). I feel like what we are learning here is incredibly important, and that perhaps some of the deeper changes I am seeking have to happen in smaller groups over longer periods of time.

It’s not as pretty as it may sound. Sometimes I lose touch with the source of my inspiration, and often I found myself to be someone who I don’t even recognize, managing in a very old-style command-and-control way (especially when we were physically building the village before the program start). One time, something went wrong with the building, and the workers—four big Zimbabwean builders—were trying to explain it to me. “We thought this, that, and the other and da da da da.” I’m standing there, just fuming, and I scream, “My word is law! Do you understand that?!” And they stopped and just looked at me, and I thought, “Did I just say that? What is happening to me? Where went the life-affirming values?”

While my not being the perfect life-affirming leader is still a challenge, my source of inspiration is increasingly coming from the community we have created. My key learning from Kufunda is that as we rebuild the fabric of our communities, we will find ways of moving forward. This is what I am learning alongside the students. We need to come back together again. I believe this to be as true for the West as it is here in Zimbabwe. We need to learn to work together again, and play, and learn and simply be. To join in community again. Such power is available as we learn this, and move into it. As we support each other, we grow stronger as a group, and as individuals. As we recognize that we each have something of value to offer the community, our sense of self-worth grows and our process of unfolding, too, just like a flower opening up.

Download and read this article in its entirety (184K PDF file)